NEW DELHI — India — hoping to improve ties with Myanmar to counter the growing influence of China in the region — will help its neighbor build offshore patrol vessels (OPVs) and train the Myanmar troops at Indian military institutions.

The OPVs will be built at Indian shipyards and the training will be given to Myanmar Navy officers and sailors at Indian establishments. The Indian Defence Ministry refused to give details on the agreement, including which type of OPVs would be built, by whom and how many.

The Indian Defence Ministry is already considering a proposal by Myanmar to train their soldiers in variety of helicopters, including attack helicopters.

India and Myanmar are also working on a road map on border management, a move seen by analysts here as an effort to check China’s entry into the Indian Ocean region.

China already has a military base on the Coco Islands, which are leased from Myanmar. The Coco Islands are close to India’s Andaman and Nicobar Islands in the Andaman Sea.

Talks of Chinese signal gathering station and Maritime Army base

China supposedly established a SIGINT intelligence gathering station on Great Coco Island in 1992 to monitor Indian naval activity in the Andaman and Nicobar Islands.[1] The station is also said to allow China to monitor the movement of other navies and ships throughout the eastern Indian Ocean, especially in the crucial point in shipping routes between the Bay of Bengal and the Strait of Malacca.[1] It may also be used to monitor activities at the launch site of the Indian Space Research Organization at Sriharikota and the Defence Research and Development Organization at Chandipur-on-sea. The Chinese Army is also building a maritime base on Little Coco Island.[5]

Existence of the Chinese base has been questioned.[2] India’s chief of naval staff is quoted as saying in October 2005 that India had “firm information that there is no listening post, radar or surveillance station belonging to the Chinese on Coco Islands.”[2] In 1998 the U.S. stated that it had not detected any significant Chinese activity in Burma.[6] Now, again there are news that China has started its operations again in the same region, and has put up a listening post.[7]

On Great Coco Island, commercially available satellite imagery of the period 2006-2008 shows an airfield where the old coconut plantation used to be. There is also a small radar dish, a radio aerial, a jetty and a number of buildings, none of which can be considered unusual. There are no signs of a large base with accommodation for hundreds of servicemen, let alone the radomes, aerial farms and other such installations that characterise major electronic intelligence stations. There are a few buildings on Little Coco Island, and the old lighthouse and its ancillary buildings remain on Table Island, but neither of these islands shows any signs of military activity

US drones and Indonesia-Australia relations

Indonesia has signalled its discontent with recent speculation in the Washington Post about American reconnaissance aircraft including Global Hawk drones flying from the Cocos Islands (a Australian territory located close to the Indonesian archipelago). Coordinating Minister for Political, Legal and Security Affairs Djoko Suyanto announced Indonesia had issued a protest note to the US and Australia. The move came after a day ofrestrained statements that only affirmed good relations with both partners and the benefit of US regional presence for regional disaster relief operations.

At first, it was unclear why Indonesia was so reserved. There was no substantial comment in major English and Indonesian language media in the days after. The Washington Post article provided only speculation about drones from the Cocos Islands rather than a concrete announcement. The protest note could be seen as commensurate with the significance Indonesia thinks it deserves. On the Australian side, Defence Minister Stephen Smith has played down the potential of such plans.

Yet in November 2011, the announcement of plans to base US Marines in Darwin was quickly met with strongly worded caution about containment of China from Indonesian military (TNI) chief, Admiral Agus Suhartono, and Foreign Minister Marty Natalegawa. These statements seem in keeping with Indonesia’s “dynamic equilibrium” approach. In this approach, regional institutions are strengthened and no single power dominates. A statement by Indonesia reflecting this approach and balancing the interests of the US and China in the Asia Pacific would have been expected.

Another explanation is that Indonesia was waiting to produce a consolidated message. After Suhartono’s and Natalegawa’s comments, the Indonesian President Susilo Bambang Yudhoyono softened his country’s stance in declaring the stationing plans as non-threatening, pointing to normative constraints that would prevent the use of force in the region.

Since then, a central theme in Indonesia’s reaction to US troops in Darwin has emerged: no problem. This stance was echoed by Natalegawa’s recent statements during the so-called “2+2 talks” in Australia this month and a Defence spokesperson’s comments two days ago.

This morning, international security expert, Professor Alan Dupont, had this to say:

I am 90 per cent sure the Indonesian government was blindsided on this and they are still not fully in the picture … They will look at Cocos Island, which is closer to Indonesia than Australia, and will think, good god. In Jakarta there is a well-disposed government but they will be scratching their heads and wondering where the Australians are going on this.

This view was supported by an Indonesian researcher who suggested that the TNI leadership was totally unprepared for the announcement.

Dupont goes on to argue that Australia again could be perceived as the ‘Deputy Sheriff’ of the US, a characterisation that was often used by regional leaders like Malaysia’s former Prime Minister, Dr Mahathir Mohamad, to discredit Australia’s Southeast Asian credentials. It is in Australia’s best interests to resist this characterisation. While we continue to deepen our military ties with the US, our engagement with the region should not be seen as an extension of US policy.

If Dupont is right, Australia is out of step with its most important regional defence partner. As Indonesian reactions to both US Marines in Darwin and drone launches from the Cocos Islands attest, Australia could do more to sell closer US-Australia ties as non-provocative. As recent public debate and statements from Australia’s political leadership suggest, we wish to draw closer to Indonesia, not further away.

India — hoping to improve ties with Myanmar to counter the growing influence of China in the region — will help its neighbor build offshore patrol vessels (OPVs) and train the Myanmar troops at Indian military institutions. 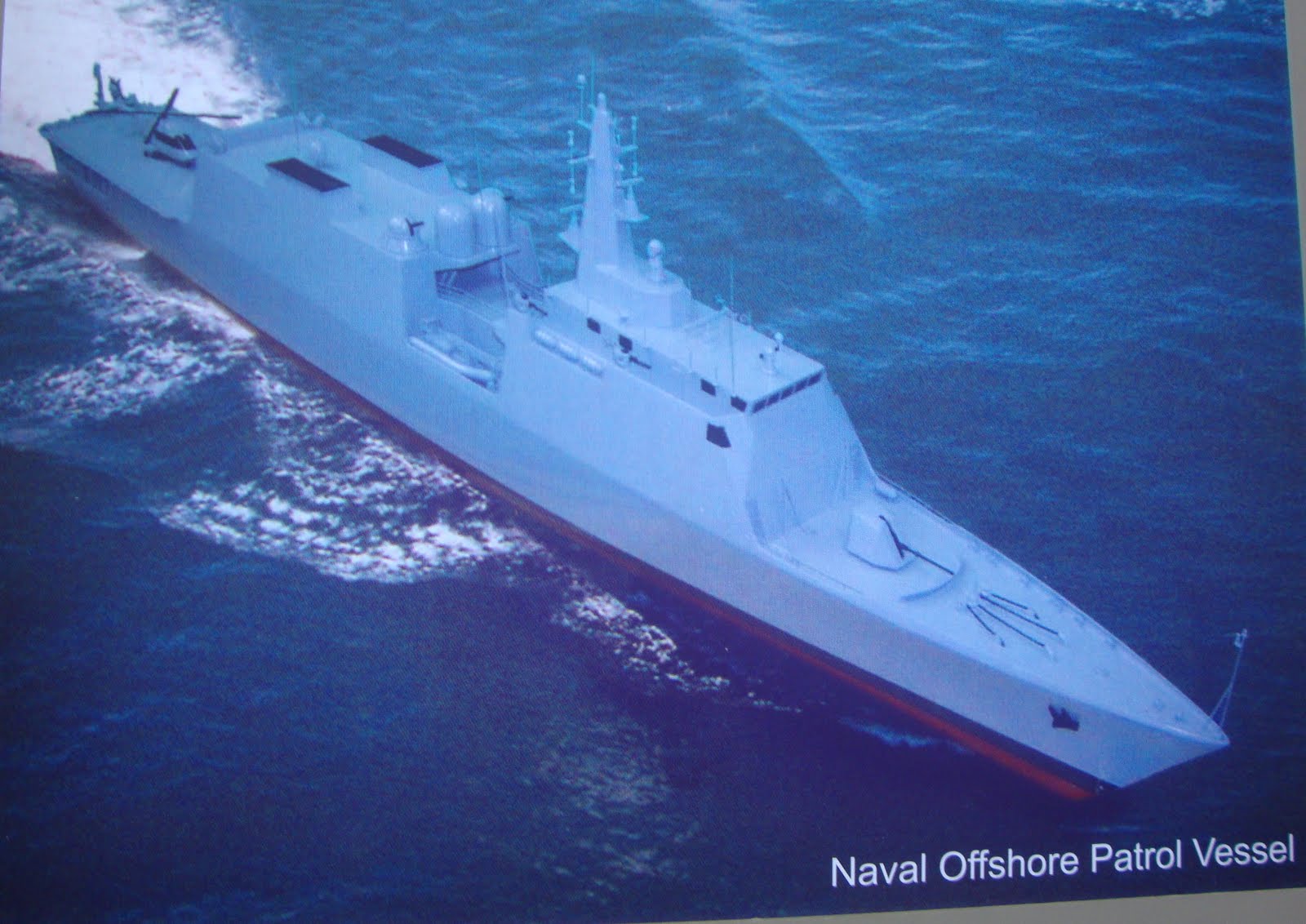 The indigenously designed new 105 metre-class warship, INS Saryu was
on Friday handed over to the Indian Navy by the Goa Shipyards Limited
(GSL).

INS Saryu would be the largest offshore patrol vessel to be operated by
the force.

"The warship was handed over by GSL Chairman Rear Admiral (Retd)
Vineet Bakhshi to Commander Amanpreet Singh-- the CO-designate of
INS SARYU in a simple ceremony in Goa," the shipyard said in a release.

The Offshore Patrol Vessel (OPV) will help meet the increasing requirement
of the Navy for undertaking ocean surveillance and surface warfare
operations in order to prevent infiltration and transgression of maritime
sovereignty, it said.

The warship was one of the vessels ordered by the Defence Ministry after
the 26/11 attack in Mumbai in 2008.

This vessel is suitable for monitoring sea lines of communication, defence
of offshore oil installations and other critical offshore national assets, the
release said.

It can also be deployed for escorting high value ships and fleet-support
operations, it said. Designed and built by GSL, the warship is the culmination
of many years of in-house design development and ship build techniques.