The new Canberra Class will be able to transport up to 150 vehicles, including the new M1A1 Abrams tank and other elements of the “Hardened and Networked Army” such as the Bushmaster IMV and the forthcoming vehicles of Project Overlander. Maximum troop capacity is 1152 fully-equipped soldiers, and its landing craft can operate from the inclined internal well dock in conditions up Sea State 4 thanks to the dock’s central steel fender and porous “beach”.

Those landing craft will be up to 4 of Navantia’s 110t LCM-1Es. While Australia’s US Navy allies use LCAC hovercraft, the LCMs are conventional landing craft with flattened bottoms, and a flat front that drops to become a loading or unloading ramp. Their cargo space can accommodate 1 tank, 2 APCs or Trucks, or 6 Hummer-sized vehicles. They currently serve with the Spanish Navy, and Navantia’s BPE/Canberra Class ships were designed to accommodate them. Australia is ordering a total of 12.

On the other hand, the ships’ Sea Giraffe AMB radars will be slated for aviation control, not missile or naval targeting. This situation could be improved in future by adding basic defensive systems, and future improvements could mount phased array CEAFAR/CEAMOUNT radars. Australia’s ANZAC frigates are already receiving these advanced radars as part of their anti-air upgrades, and integrating them with the same common combat system

On launch, however, the Canberra Class will be nearly defenseless. Should threats appear on screen, defensive systems are limited to just 6 crew-served 12.7mm machine guns around the ship, and 4 RAFAEL Typhoon 20-25mm remote weapons systems at the corners. Those weapons can fend off asymmetric threats like small boats, but can’t do much more. Nixie torpedo decoys will be carried, and space is being reserved for Nulka missile decoys, but that’s it. 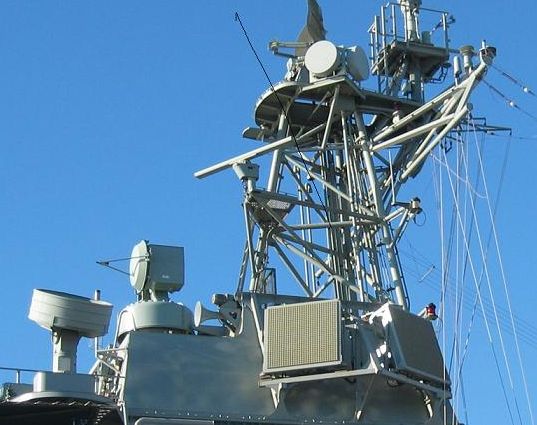 CEA Technologies has been awarded a contract from the Australian Department of Defence (DoD) to develop high-powered phased array radar technology.

The contract follows DoD's request for tender (RFT) to the company for the development of a high-power phased array radar concept demonstrator for the Royal Australian Navy.

Based on the CEAFAR radar, the new radar systems will support future naval acquisitions, including the RAN's Future Frigates through project Sea 5000.

CEAFAR is a fixed face, scalable active phased array radar incorporating advanced signal processing and RF technologies. It is fully coherent, modular and programmable with its smallest configuration being man portable and the largest suitable for shipboard and land applications. CEAFAR provides multi-function and multi-role capabilities with the ability to simultaneously track air and surface targets, moving and stationery, in maritime and land environments.

The system is available in a number of configurations to meet operational, physical and budgetary requirements and is suitable for use in a range of military and civil applications including air surveillance, maritime self-defence, ground based air and missile defence and Air Traffic Control (ATC).