The Type 053H3 (NATO code name: Jiangwei-II class) is the multirole missile frigate introduced in the 1990s as a follow-on to the Type 053H2G (Jiangwei class). The Type 053H3 was based on the hull design of the Type 053H2G, but fitted with improved weapon systems and sensors. Despite being known as a ‘multirole’ frigate, the Type 053 is only capable of coastal patrol role, with limited air defence and anti-submarine warfare capabilities.

The primary air defence weapon is the HHQ-7 (Crotale copy) short-range SAM system, with an 8-cell launcher located on the bow deck behind the main gun and ahead of the bridge. Directed by the H/LJP-345 (Castor CTM copy) fire-control system, the missile is designed to engage aircraft in all-weather, day/night conditions at a maximum range of 8—12 km with line-of-sight guidance. The missile also has limited capability to intercept sea-skimming anti-ship missiles at a range of 4—6 km.

There are also four Type 76A dual-37mm anti-aircraft artillery guns, capable of firing 1.42 kg shells at a rate of 180 rounds per minute to a range of 8.5 km against airborne targets. The AAA guns are directed by an H/LJP-341 fire-control radar.

The Type 053H3 is armed with eight YJ-83 subsonic sea-skimming anti-ship cruise missiles (ASCM), with two quadruple launchers installed at the mid-ship position. The missile uses active radar-homing to deliver a 165 kg warhead to a range in excess of 180 km.

An H/PJ-33B (Type 79B) dual-barrel 100mm/56-calibre gun with an angular-lined turret for reduced radar cross section (RCS) is installed on the bow deck, in front of the SAM launcher. The gun is capable of firing 15 kg shells at a rate of 18 rounds per minute to a range of 22 km.

Air/surface search is provided by an H/LJQ-360 radar mounted on top of the main mask. The radar operates in the E/F-band, with a maximum range of 150 km to aircraft and 50 km to sea-skimming missile.

The H/LJP-345 system consisting of a J-band radar and an electro-optical director (EOD) provides target direction for the HHQ-7 SAM.

A Type 343GA installed on top of bridge operating in the X- and Ku-band provides fire-control for the dual-100 mm main gun and YJ-83 anti-ship missiles. On later hulls this was replaced by an H/LJP-344A operating in the I/J-band.

An H/LJP-341 (‘Rice Lamp’) installed on top of the helicopter hangar operating in the I-band provides fire-control for the Type 76A AAA guns.

The frigate has a JM-83H electro-optical director (EOD) consisting of laser rangefinder, TV tracker, and infrared/thermal imaging, in case of electronic jamming of the gun radar.

For navigation, the frigate has two RM-1290 (Racal Decca 1290) navigation radars located on the foremast yardarms.

The frigate is equipped with an SJD-7 hull-mounted medium-frequency sonar for active/passive search and attack.

The Type 053H3 frigate is fitted with an indigenous ZJK-3C combat data system developed from the French TAVITAC. The system is based on the 10Mbps common bus architecture, and is capable of supporting operations such as air defence, anti-submarine warfare, electronic warfare, navigation, and communications.

The frigate has a helicopter hangar and deck at the stern capable of operating a medium-sized helicopter, such as the Eurocopter AS 365 Panther or its Chinese copy Harbin Z-9C. The flight deck is fitted with the helicopter handling system.

The frigate is powered by a combined diesel and diesel (CODAD) arrangement, with two 18E390VA diesels rated at 14,000 hp (17.6 kW) and two MTU diesels rated at 8,840 hp (6.5 MW). Two shafts drive controllable pitch propellers. The propulsion system provides a maximum speed of 26~27 knots and, at an economical speed of 15 knots, the range is 5,000 nautical miles. 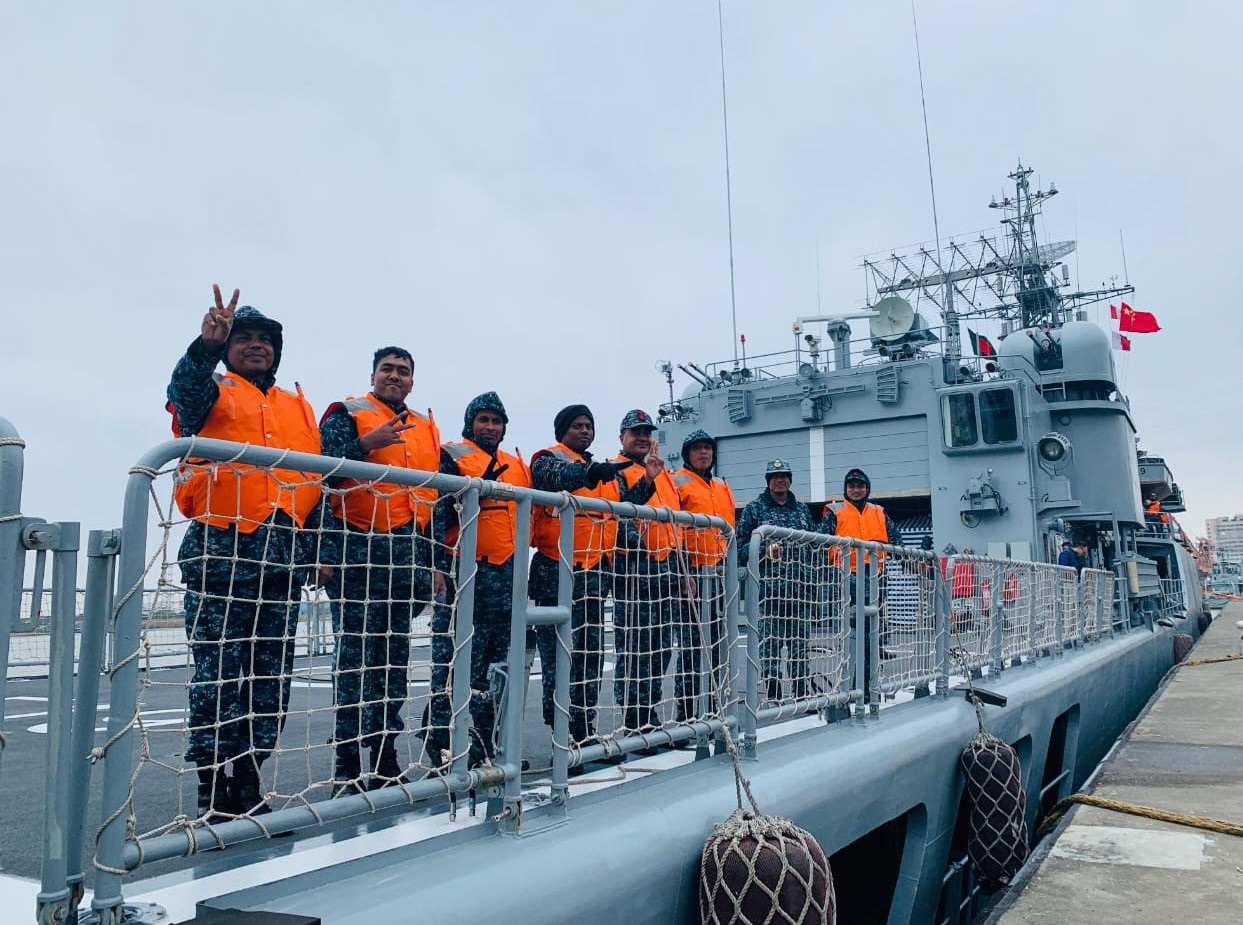 Networked Enabled Combat for the Enhancement of the Underwater Common Operating

Abstract – Defence R&D Canada – Atlantic’s Networked Underwater Warfare technology demonstration project is conducting a trial to investigate the potential for enhanced effectiveness in producing an underwater common operating picture under field conditions. The trial consists of nodes including ships, aircraft, submarines and additional reach back to shore support centres. The trial objectives are threefold; as a vehicle to develop fusion technologies, as a means to improve underwater warfare effectiveness and to demonstrate that faster formation of the underwater common operating picture can be produced using networked shared information. One of the products that has been developed is the Networked Enabled Combat System (NECS).

In order to provide enhanced effectiveness to underwater warfare that uses new sensors and platforms to maximum effectiveness, networking of platforms is required. Currently, Defence R&D Canada - Atlantic has been engaged in a demonstration project of a Networked Underwater Warfare system as shown in Figure 1. The system utilizes sensors on a distributed multi-platform ad-hoc network to establish a local common operating picture [1]. A reach back capability to a Shore Support Centre (SSC) via satellite using the Canadian Forces Experimental Network (CFXNet) will demonstrate the engagement of a virtual team using reach-back analysis provided by Subject Matter experts.

Figure 1: Networked Underwater Warfare Concept The development of a virtual team environment is one of the key concepts stipulated for the conduct of Net-Centric Warfare (NCW). A Net-centric warfare definition is as follows [2]; “Network-centric warfare is the linking of platforms into one shared-awareness network in order to obtain information superiority, get inside the opponent's decision cycle, and end conflict quickly.” In business, as in other areas of collaboration such as collaborative engineering, the use of distributed teams means the footprint of resources required at one site has been eliminated in favour of an ad-hoc and flexible team approach that results in a fundamental organizational transformation [3]. Defence models still retain command and control structures but require this flexibility. Other examples exist currently within Defence R&D Canada (DRDC), and the Collaborative Capability Definition, Engineering and Management (CapDEM) project is an example of the necessity to move towards a flexible team approach [4].

Knowledge management as expressed by the Harvard business school [5] have been promoting for a number of years the use of different structures for business that allow better knowledge management by bring together Subject Matter experts (SME) as required in order to facilitate a particular project or business venture. Recently the net- entric warfare construct is also taking advantage of this approach and the development of the NUW project is one demonstration of the future collaboration in this area.

Figure 1 shows the 6 nodes that are part of the network. The network is established using a Sub-Net Relay (SNR) over a UHF radio link between the platforms. In addition a satellite link allows use of reach back to CFXnet and the Maritime Command Operational Information Network (MCOIN). Through CFXNET, a reach back is establish to the Canadian Forces Maritime Warfare Centre  (CFMWC) and the Meteorological Ocean Centre (METOC) There are several expectations from the trial. The focus of the trial is on networking and the expected benefits that result from sharing information. It is expected that collaboration among the units will enhance the overall effectiveness in the conduct of this particular application, which is Anti-submarine warfare (ASW). By using the systems provided to interact with other platforms and users, the situational awareness will generate an underwater common operating picture (COP). User will be able to extract information form the systems to help in their work or analysis.

Overall, the demonstration would show that the force would be able to detect, track and localize an underwater target more effectively by networking than by the use of stand-alone or non-networked systems.

A number of metrics have been developed that extend the use of Intelligence, Surveillance and reconnaissance (ISR) to the NUW project and also utilize the sensor effectiveness measures that are traditionally used in antisubmarine warfare [6].

One of the biggest challenges will be to measure in some form the situational awareness of the reach back cell and of the network in total. Situational awareness can be measured through operator observations and recorded by observers but is deeply complex as it pertains more to what the operator, SME or commander perceives rather that a demonstration of events and times that these were recorded or noted. Perception has been a troublesome prospect and delves more into the physiology and mind- set of the participants. This type of Human factors is a level of analysis that is undergoing development.

Figure 2 shows a picture of the Net-Enabled Combat System (NECS) at different nodes including the aircraft, ship, and at the Shore Support Centre. The NECS system is based upon the System Test Bed architecture that was originally developed for the Towed Integrated Active Passive Sonar (TIAPS). The latest system provides both sensor processing and an integrated data management with display extensions for a networked environment. [7]

Figure 2: Networked Enabled Combat System Some of the features of the NECS system are the chart display that is based on the Global Command and Control System – Maritime (GCSS-M) architecture used by the Canadian Navy. The system can display both organic and other platform sensor information including active and passive acoustic sonar, Automatic Identification System (AIS) information from ships and aircraft, radar contact information, and a blue force tracking system to allow other platforms to convey their positions.

In addition, each node will have automatic web-page publishing facilities from their combat systems for enhanced situational awareness and relay historical information. This information will be available both within each platform or accessed from other nodes so that off-platform pages can viewed. The NECS system produces a COP from these disparate sensors types as shown in Figure 3. The chart display lies underneath and has features that can be turned on individually. Information includes liens of passive sonar bearing contacts, Passive Target Motion Algorithms (TMAs), active sonar return positional information, and incorporates various data association and fusion algorithms. Tome tactical decision aids are included and acoustic prediction, radar tracks and of course bathymetry can also be displayed.

For example, Figure 4 shows the typical passive sonar board band display of a time series, while Figure 5 shows the display of Bearing Time Intensity (BTI). Figure 6 shows how the active contacts can be displayed on the chart. Figure 7 shows the bearing range indicator and the plan position indicator displays. Each of these displays can be opened as separate windows from any of the nodes. 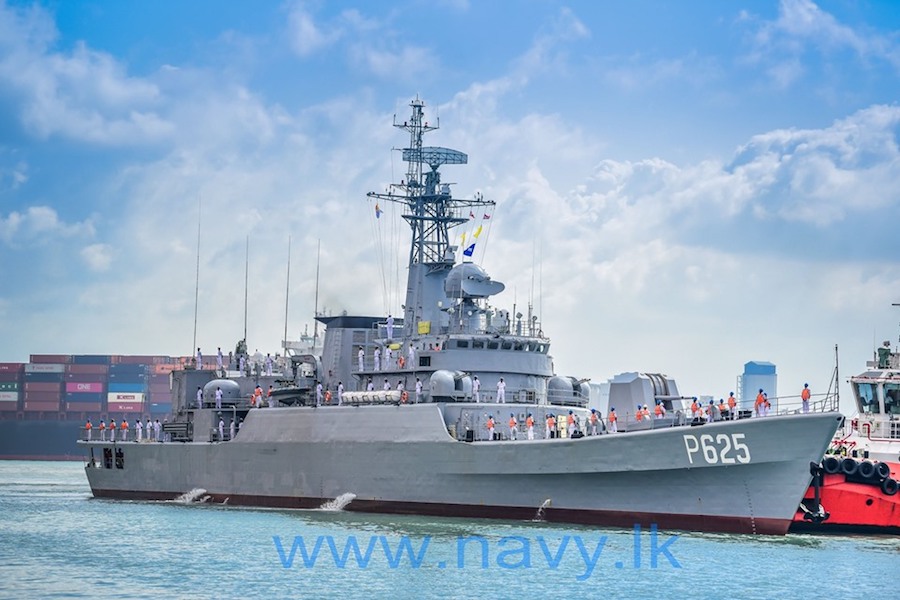 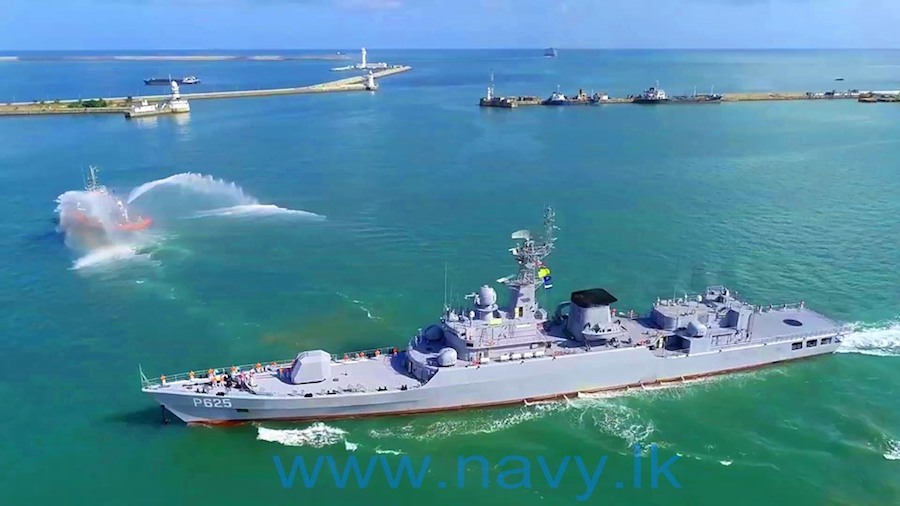 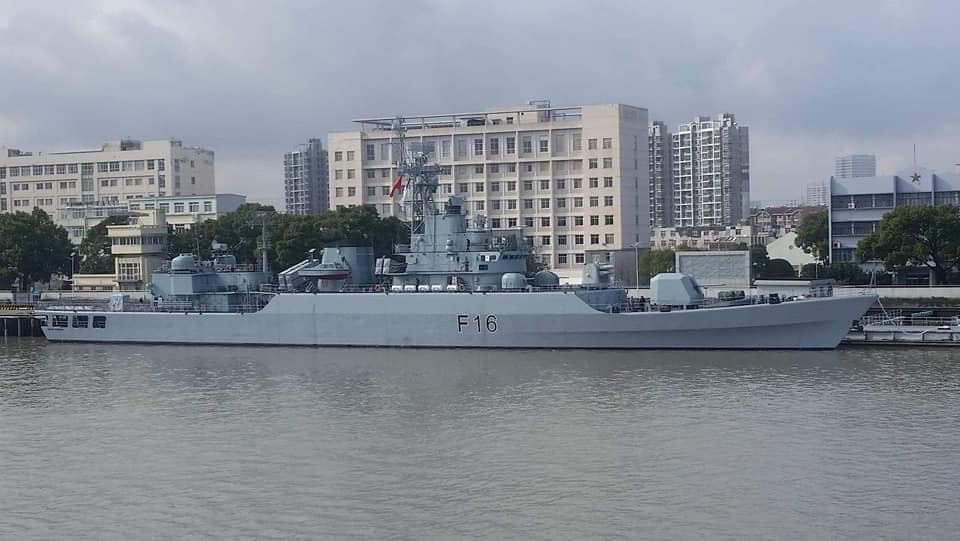 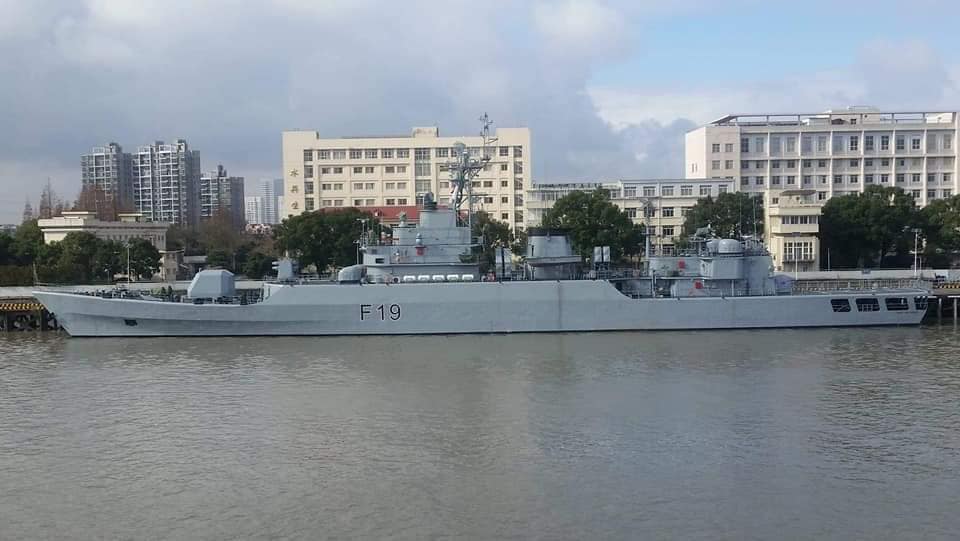